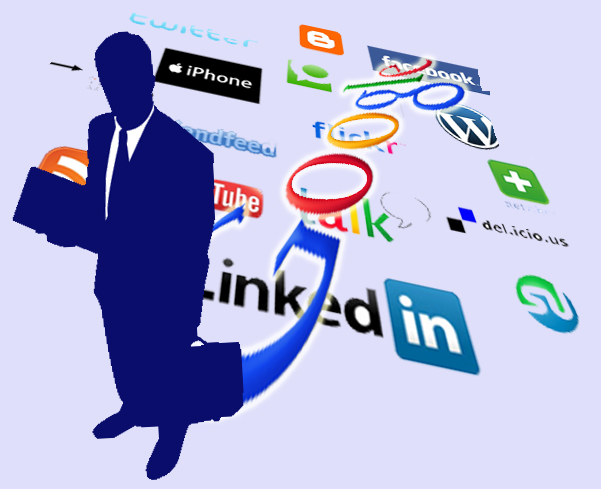 In this age of technology and social media sites, a new question is beginning to arise: Who gets the professional social media contacts when one of your employees leaves? This issue is especially relevant to LinkedIn. There are many employers that encourage their employees to create LinkedIn accounts to stay connected with clients and form more business connections. However, what happens when these employees leave and start working for a competing business? Do they get to take all of your valuable social media contacts to that competitor? The answer is not yet clear.

LinkedIn, as a part of its user agreement, says “If you are using LinkedIn on behalf of a company or other legal entity, you are nevertheless individually bound by this Agreement even if your company has a separate agreement with us.” There are no official laws on what happens to contacts after an employee leaves or is terminated, but the courts seems to be siding with the employees. After an employer took over a Pennsylvania woman’s LinkedIn account, the court said the woman had the right to own her social media profile. This can serve as a warning for many business owners to protect themselves before any lawsuits set a precedent for all employers.

Since there are no laws on this issue and we expect similar problems to arise in the future, here are some recommendations for business owners who have employees using social media sites for work purposes:

We hope these tips and the information shared above can help our business clients protect their valued professional contacts. Although our legal system has not yet formally ruled on this issue, it is better if we are cautious about the steps we take. The tips listed above can be part of an employee handbook and should be reviewed with all employees, even those that have worked at your business for years. Helping our business clients protect themselves is our priority and we hope this post will be of value to you. 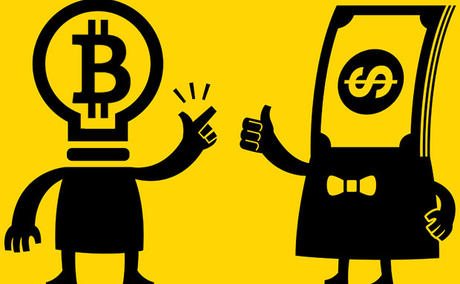 Western Union was not happy when Bitcoin “released” an advertisement comparing itself to Western Union. The image above shows the parody ad that was posted on Bitcoin’s Facebook page. Western Union filed a claim against Bitcoin under the Digital Millennium Copyright Act (DMCA) saying Bitcoin had infringed on its trademark of the image. However, DMCA only covers copyright material, not trademarks. Facebook removed the image from Bitcoin’s News Page immediately and the man who originally posted the image, Dave Aiello, wanted to charge Facebook for deleting his image. It is not clear whether Aiello was the one who originally created the image, but he was the one to post it on Facebook and later share it on reddit. Facebook told Aiello they would restore the image to Facebook, unless Western Union takes legal action within 10 to 14 days.

Parodies are usually considered “fair use” under DMCA. In addition, companies rarely take legal action based on images or content posted on social media sites. This raises the question of why Western Union was so fast to take action against Bitcoin. One reason could be that Western Union feels threatened by Bitcoin’s rise in popularity. Another reason could be that Western Union simply wanted attention. If this spoof had not surfaced on social media sites, Western Union would not have gotten the attention it received. If they decide to take further legal action against Bitcoin, it just brings more attention to the company.

While we may not know the exact reason Western Union is making such a big deal out of a parody advertisement, it will be interesting to see whether or not the DMCA holds that parodies fall under the “fair use” doctrine. In addition, DMCA does not cover trademarks, which is what Western Union wants to sue for. This controversy brought attention to Bitcoin and their services. It would be a win-win situation for both companies at the end of the day in terms of media exposure, especially if Western Union is not able to formally file against Bitcoin.

As residents and citizens of California, everyone in the state enjoys the “inalienable right of privacy.”The California government has always taken privacy very seriously. In 1967, the state legislature passed an “Invasion of Privacy Act,” which outlined criminal penalties for invading another citizen’s privacy.

Today, Penal Code 632 makes it “a crime to use an electronic device to overhear or record a private conversation.” In order for eavesdropping to be a crime, the following elements are required:

Not only can the accused face criminal penalties, an eavesdropper may also face a civil lawsuit. A victim of eavesdropping can sue for up to three times the damages they suffered or for $5,000, whichever is greater. Even if the victim does not suffer any economic damages as a result of the eavesdropping, he or she can still sue for up to $5,000.

Can you use information gathered through eavesdropping as evidence?

The answer to this question is no. Although gathering information by using an electronic device to eavesdrop may seem like a reasonable way to win a legal argument, you can face criminal charges for the eavesdropping. The evidence gathered through eavesdropping will not be admissible in a court of law.

When can you eavesdrop legally?

There are certain circumstances and situations where private citizens can eavesdrop legally to gather evidence. An individual can legally eavesdrop if he/she is one of the parties in the conversation and the person recording the conversation is collecting evidence because he/she believes that the other person is involved with the following crimes: extortion, kidnapping, bribery, any felony, or any annoying phone calls (Penal Code 653m).

You can also legally record a conversation with someone, without their permission, if you are seeking a restraining order against that person. This usually falls under the CA Domestic Violence laws and Penal Code 273.6. These recordings would be admissible in a court of law.

Eavesdropping and Wiretapping by Law Enforcement

Interestingly, most citizens are not concerned about other citizens eavesdropping on their private conversations. They are more concerned about the government listening to them. The 1967 Invasion of Privacy Act made it very clear that eavesdropping laws did not apply to law enforcement officials. In addition, any evidence they gather by eavesdropping is accepted in court.

However, this does not mean law enforcement officials can listen in on your private conversations whenever the want to. If they want to wiretap your phone or intercept your calls, they must get a court order. Authorities are usually able to get court orders for the following crimes: serious drug crimes, murder or solicitation of murder, kidnapping, and terrorism. They must also convince the judge that other investing procedures have failed and wiretapping and eavesdropping are a last resort.

Google had a major victory on May 26, 2016 when a jury threw out Oracle’s $9 billion claim against them. The battle between the two technology giants started in 2010 when Oracle claimed that Google needed a license to use its Java programming language for its Android phones and technology. Oracle claimed that since Google had earned over $20 billion in profit by selling its Android phones, they deserved $8.8 billion in damages and $475 million in lost licensing revenue. In 2014, a Federal Appeals Court had ruled in favor of Oracle saying that the company had a valid copyright over its coding language. The Supreme Court declined to hear this appeal.

In the latest round of the case, which was heard in California’s Northern District Federal Court in San Francisco, the jury concluded that Google did not infringe on Oracle’s copyrights with its Java language. Throughout the hearing, Google said they had used Oracle’s API language to innovate new technologies, not copy their software. Experts say that Google relied on a “free-market” argument to win.  Oracle says they are planning to appeal the jury’s decision, but legal experts say it would be very difficult to reverse the decision in favor of Oracle.

What does this verdict mean?

This verdict has allowed many technology companies to breathe a sigh of relief. Google’s win gives other companies reassurance that they will be able to use common methods of software technology without infringing copyright claims. In other words, software can be widely used by many companies without starting a legal battle. However, some experts say Google won the case because of the vast amount of resources at its disposal. They say it is likely that a smaller company would have lost against Oracle.

The issue of whether Oracle’s coding deserved copyright protections is highly debated. While some are glad to see Google’s victory, others are concerned about what constitutes copyright protections. This case did not set any legal precedent because fair use rulings are made on a case-by-case basis. If Oracle decides to appeal the decision, one of the only ways they will be able to do so would be by saying that jury instructions on the legal issues were flawed. Whether or not Oracle appeals, and on what basis, is something we have to wait to see. While the impact of this ruling may not be felt yet, legal experts say similar rulings can have a “chilling effect” on developers.