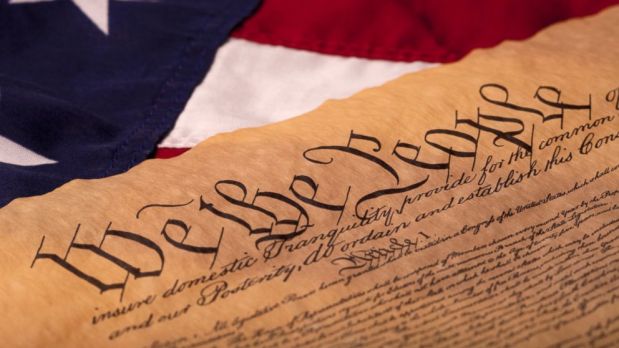 The Fifth Amendment to the US Constitution is often misunderstood. The right to remain silent protects the innocent more than that it helps criminals. News media and television shows often make it seem as if pleading the 5th is only something criminals do when they don’t want to admit to a crime. This is not true. Many innocent people plead the 5th when it comes to answering questions by law enforcement agencies. In the past couple of years, there has been a change in the way you should invoke your 5th amendment rights.

The Supreme Court ruled in Salinas v. Texas that Americans are now expected to know their 5th amendment rights. We are expected to know that unless we specifically invoke this right, anything you do or say can be used against you in a court of law. We are now encouraged to specifically say the phrase “I don’t answer questions.” Being silent can be used against you. The type of investigation or interrogation does not matter. A common occurrence is being stopped by a police officer who is prying for more information. The video below shows how you can immediately, verbally, and clearly invoke your 5th amendment rights and avoid self-incrimination.

The second side of the card says, “Officer, I Assert My Fifth Amendment Rights As Stated On This Card, Pursuant to the law, as established by the United States Supreme Court, my lawyer has advised me not to talk to anyone and not to answer questions about any pending criminal case or any other civil, administrative, judicial, investigatory or adjudicatory matter.  Following his advice, I do not wish to talk to anyone about any criminal, civil, administrative, judicial, investigatory or adjudicatory matter, without my lawyer present.  I waive no legal rights, nor give any consents, nor submit to any tests or other procedures, without my lawyer present.  I ask that no one question or talk to me, without my lawyer here to advise me.”

We advise all of our clients to have something similar to this card with them at all times. Not only is it important to know your rights, it is equally as important to clearly invoke your rights. While you may be in a stressful situation when a law enforcement official is questioning you, you must remember your rights and the importance of the Salinas ruling. We hope the video above and the article referenced below is useful to our clients and helps them protect their constitutional rights. 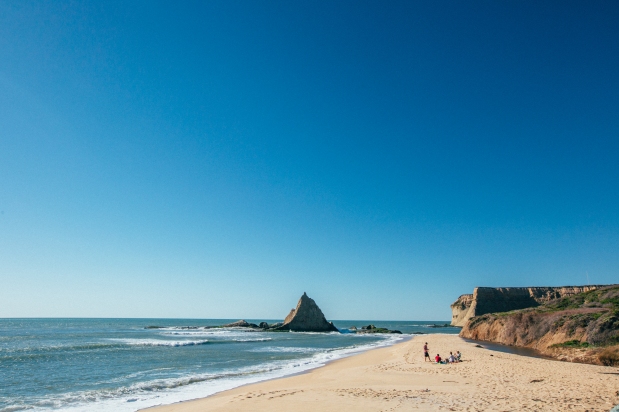 The Surfrider Foundation is a nonprofit organization set up to protect oceans, beaches and the public’s access to them. In September of 2014, Surfrider brought suit against Vinod Kholsa to open the gates to his Martins Beach Property. Khosla, the founder of Martins Beach 1, LLC and Martins Beach 2, LLC, bought the property from a previous owner and continued their practice of charging a car parking fee to allow access to the beach. This continued until 2011, but then Kholsa closed and locked the gates leading to Martin’s Beach. He also hired security guards to be sure their were no trespassers. Surfrider filed suit against the billionaire at the CA Superior Court in San Mateo County. Surfrider wanted public access to the beach, as well as penalties against Khosla for a violation.

Superior Court Judge Barbara Mallach sided with Surfrider in saying that Khosla had violated the California Coastal Act by blocking public access to the beach. She said permanently locking the gates and hiring a security guard clearly prevented public access to the beach. Judge Mallach said Khosla and his company must apply for coastal development permits if they want to lock the gates and prevent public access. Until the correct permits are granted, the beach must be publicly accessible. Surfrider also wanted Khosla and his companies to pay penalties for locking their gates, but Judge Mallach did not agree with the foundation. She said since Khosla’s behavior was “in good faith,” penalties were not justified.

Surfrider celebrated a victory and claimed that “great wealth cannot be used to circumvent and ignore the law.” Vinod Khosla is expected to appeal the decision. He said he was disappointed with the court’s decision and says he “will continue to seek protection of the constitutional rights of private property owners that are guaranteed by the U.S. and California Constitutions .” Fast forwarding into 2016, Kholsa’s years-long dispute is headed to trial. A federal appeals court in San Francisco has approved the case against Khosla and his attorney’s are eager to protect the right’s of coastal property owners in the upcoming trial. 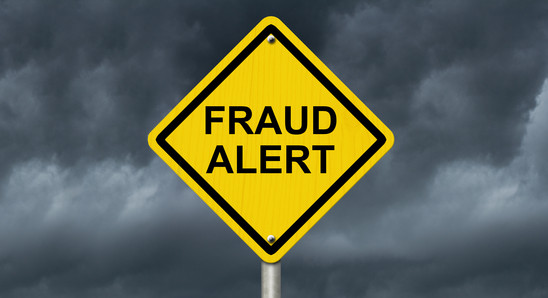 The European Regulator and the Law Society of Scotland are warning lawyers and clients about the increase in the number of fake law firm websites. These websites are set up to look like a real attorney’s website and may even be using a real attorney’s name and information to scam “clients.” The designers of these websites hope to gather personal and financial information of clients from these websites. There is a high chance these scammers are able to gain confidential information because many law sites ask clients to fill out a short form in order to schedule a consultation. The Law Society of Scotland encourages lawyers to check the Law Society’s site to see whether their site has been cloned. It is also recommended that lawyers to go to search engines and confirm that their website is the only one to show up when they enter their name.

Although many lawyers think something like this can never happen them, they should take necessary precautions. Edward Scott was a victim of a fake site scam. He found out that he was listed as a partner at Carter Legal Associates. The real law firm Scott worked at was Capital Defense Lawyers of Edinburgh. Scott was surprised to find a nearly identical website and profile that described Scott as a well-regarded criminal and traffic defense attorney. Not only was it a hassle for Scott to take down the fake website, he was also concerned about his clients becoming targets of these scams. A law firm’s reputation can also suffer because their name is linked to a scam website.

The ABA Journal advises attorneys to prevent scams like this one from taking place by talking to their clients and searching themselves up online. Not only do attorney’s suffer from scams like this, many innocent people become victims. People think they are sharing their personal and confidential information with an attorney, but this is not always true. Clients are encouraged to make sure an attorney actually exists before providing their legal information to him or her. Calling the attorney’s office is recommended to verify the website. 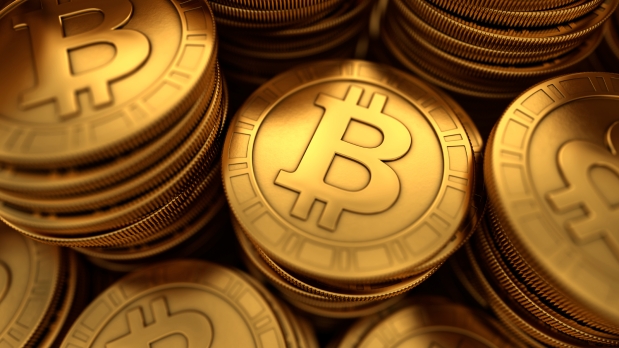 As the popularity of digital currency Bitcoin increases, the United States will need to take a stance on how they will regulate the currency through different sectors of the economy. The media and the general public may think lawmakers will decided the US stance on Bitcoin, but our court system may be the one that decides the future of digital currency in this country. There have been a couple of cases in the past few years where the court system seems to be taking a position on Bitcoin. Although bitcoin may not be considered money in the traditional sense, many of the court cases have viewed Bitcoin as a currency. In fact, bitcoin  has also been compared to international currencies like the Euro or Yuan. The cases provided below may be providing hints of where the future of Bitcoin may be going in America.

In September 2014, Trendon Shavers was fined $40 million for defrauding investors into a Bitcoin Ponzi scheme. Shavers was the operator of Bitcoin Savings and Trust and was known to have solicited illicit investments in bitcoin-related opportunities. He accumulated about $64 million with his activities. The SEC brought the case against him and the court charged him by saying that bitcoin is a form of money  and therefore he could not defraud people with it. The court’s ruling was going against a 2013 declaration by the FinCEN guidance, which said Bitcoin could not be considered a currency. However, the Texas Court said it was pretty clear that Bitcoin can be used as a form of money and can help a consumer purchase goods and services. This case was also crucial because Judge Amos Mazzant provided insight on how bitcoin-denominated damages would be considered. In this case, Judge Mazzant looked at the average daily price of bitcoin to determine the amount of damages. This may set a precedent for similar cases in the future.

Charlie Shrem and Robert Faiella came under fire when the two were accused of providing bitcoin to Silk Road users, an online black market. Shrem was the CEO of BitInstant, a bitcoin exchange company. Both Shrem and Faiella were charged with several counts of money laundering and transferring money without a license. Faiella tried to plead his case by saying that Bitcoin was a digital currency and therefore did not fall under the money laundering counts. Judge Jed Rakoff rejected this reasoning and said something very similar to Judge Mazzant, explaining that anything that bought goods and services counted as money. Since bitcoin had the capability of purchasing goods and services and paying for things like a rental payment, it could be considered money. With this reasoning, both Shrem and Faiella were forced to plead guilty to the charges and ultimately ended up paying nearly $1 million in fines.

Pascal Reid and Michell Abner Espinoza were arrested in February 2014 for engaging in fake transactions on LocalBitcoins.com and converting $30,000 of cash into bitcoin. Both were charged with Florida’s anti-money laundering law and with money transmission charges. In August, the Bitcoin foundation filed an amicus brief to dismiss the money transmission charges because Florida’s law applied only to corporations and entities qualified to do business in the state. Reid and Espinoza did not fall under this category. Although the foundation’s brief may help Reid’s case, that was not the goal of the organization. Their amicus brief was only an attempt to ensure an outcome that sets a favorable precedent for the rest of the Bitcoin community. Reid and Espinoza turned to the IRS to help them prove that bitcoin is not money.

US vs Ross William Ulbricht

This last case was fairly similar to the three presented above, where Ulbricht argued that he could not be charged with money laundering because bitcoin did not count as money. Ulbricht was charged with being the leader of the online black market Silk Road. He was found guilty on charges of computer hacking, drug trafficking, money laundering and engaging in a criminal enterprise. Like previous judges, Judge Katherine Forrest compared bitcoin to the Euro and other international currencies. While Ulbricht was not willing to plead guilty on any of his charges, there seems to be little hope that a decision will be made in his favor.

As it is clear through the four court cases present above, the legal definition of money is somewhat debated. US Courts seems to agree that bitcoin does fall under the category of money, but defendants continue challenging this definition of money. Their explanation for this is that bitcoin, like money, can help someone pay for goods or services. Many foreign countries have criticized the use of bitcoin and want to ban the currency all together. A case involving Bitcoin has not yet reached the Supreme Court, but their decision may put an end to all this debate.