A three-judge panel in the 4th Circuit Court had previously ruled that police officers needed a warrant to track location services and access information on a subject’s cellphone. The court was split on this decision, but the three-judge panel prevailed in limiting law enforcement authority. On May 30, the en banc 4th Circuit Court reversed its own decision and said no warrant is required for law enforcement officials to track location information for a subject’s cellphone. The court said all that would be required would be showing the court that the cell phone is relevant to the subject’s case. As long as the cell phone is relevant, law enforcement authorities will be able to get information about the cell towers through which the calls were made and received.

The US Supreme Court mandated precedent saying that information voluntarily provided to third parties, such as cell phone service providers, lacks requisite confidentiality. Therefore, no warrant is needed to access this information. Cellphone location information can be seen as similar to hotel bills and credit card statements, which are also not considered confidential. The Supreme Court did mention that this “third-party doctrine” may be modified or eliminated in the future. Congress has the power to require a warrant for cell-site location, but the controlling law does not require a warrant for cellphone location. It has been argued that allowing authorities to gain access to a subject’s cellphone does not violate the Fourth Amendment.

Many attorneys and legal scholars are concerned that this decision by the 4th Circuit gives law enforcement authorities unlimited power to gain access to every American cellphone user without a warrant. Cellphones for many Americans contain intimate information and they may not want the government to see everything they see on their personal devices. Attorney Meghan Skelton intends to appeal the 4th Circuit decision to the Supreme Court. As an attorney for the defendants in the Baltimore case the 4th Circuit ruled on, Skelton believes her appeal to the highest court in the nation will better protect Americans. Although Skelton is optimistic, it is unlikely the Supreme Court will even hear the case. All of the circuit courts in the nation now agree that cell tower information is not private and it is very unlikely the Supreme Court will disagree with them.

We have previously blogged about a Supreme Court decision where they found that GPS tracking does count as a search and therefore must require a warrant. In that case, a unanimous decision said that if the government attaches anything to your body or your property, it counts as a search. Once again, the Fourth Amendment and advances in technology seem to be contradicting. However, tracking the location of your cellphone is different from attaching something to your body to track you. Perhaps this was the reason the 4th Circuit Court reversed their previous decision and now allows law enforcement officials to get cell tower information without a warrant. While unlikely to succeed, it would be interesting to how an appeal to the Supreme Court would play out. 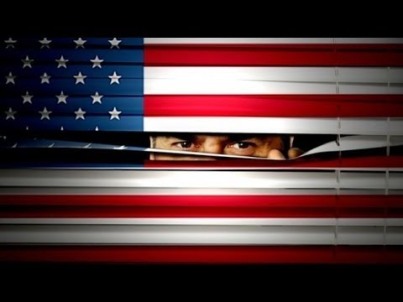